The brains of a scientist and the heart of a cyclist

This is Erwin Rademakers. As enthusiast cyclist and technical software engineer at strategic research centre Flanders Make in Belgium, he works on Absolute Cycling’s APT (Absolute Positioning Technology) since the very first beginning.

Erwin started his sport career as a handball player (playing 6 days a week), but switched to cycling to save his body for high impacts. Erwin: “I started with mountain biking and added road cycling soon after. I ride almost everyday, I think I’m kind of addicted to sports anyway. Normally I ride cyclo-sportive tours in the weekend, the classics and tours in Dutch Limburg. I like the area with steep hills and a lot of cycling variety. And about Belgium cobbles: they are just around the corner here!

Besides cycling, Erwin works for Flanders Make, a strategic research centre for the manufacturing industry. Erwin: “My role within the project is actually multifunctional: as a technical software engineer I do follow-up projects to prototype building and validation. At Flanders Make, we stimulate open innovation through excellent research.” 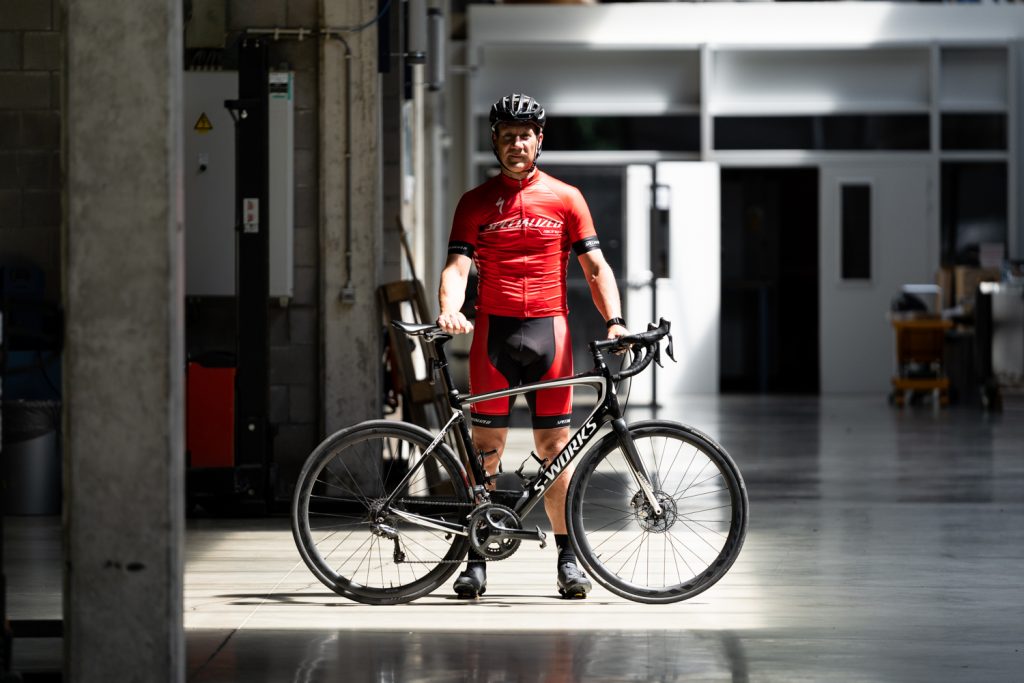 Erwin: “I met Harm (red. Harm Giesen, founder Absolute Cycling) in 2015. He was very passionate about his plans to develop the most accurate cycling computer. Not long after, we started tests and reconstructed a Storck bike with a sophisticated test setup. I remember the first tests mid-winter with freezing winds here in Belgium, where Harm had to sprint La Redoute numerous times. In between the sprints, he almost turned into a snowman. ;-)” 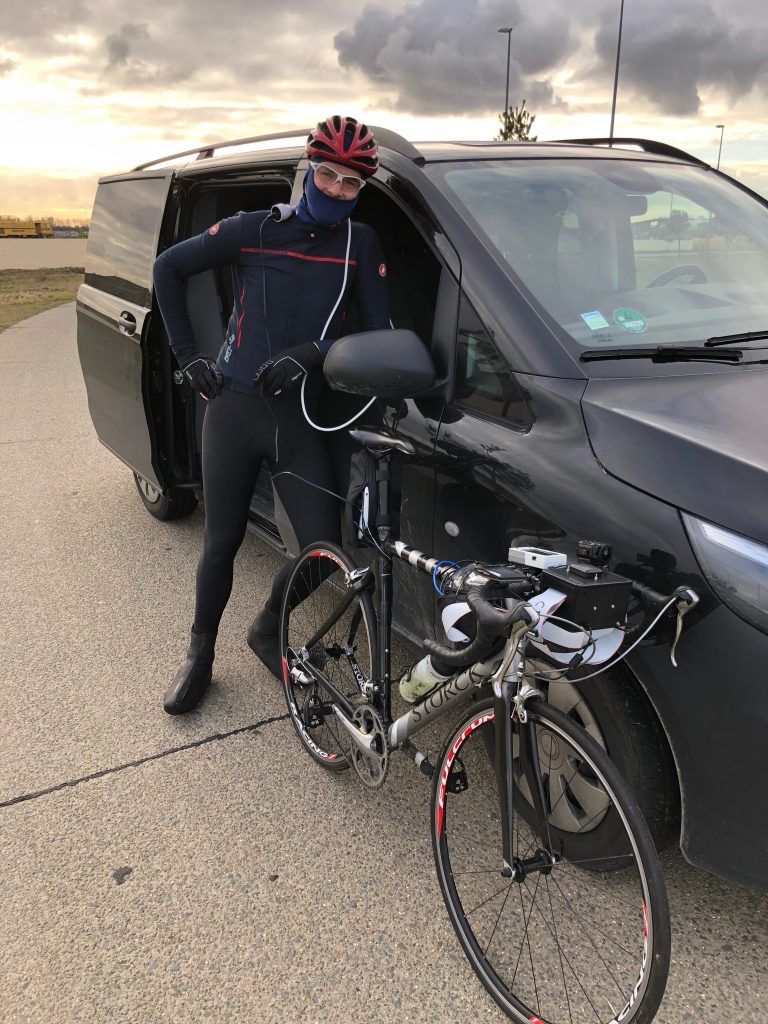 Flanders Make and Absolute Cycling developed an accurate GPS positioning system based on a sensor fusion algorithm with data from inertial measuring unit sensors. They also developed an algorithm that allows to eliminate the use of a pedaling frequency sensor and instead makes use of the already available inertial measuring unit. In an ongoing follow-up project, the robustness and reliability of this algorithm are being optimized, particularly for cycling on poor-quality pavements or when uneven forces are exercised on the pedals. Flanders Make is also investigating the feasibility of an algorithm for accurately measuring the travelled altimeters and gradient. 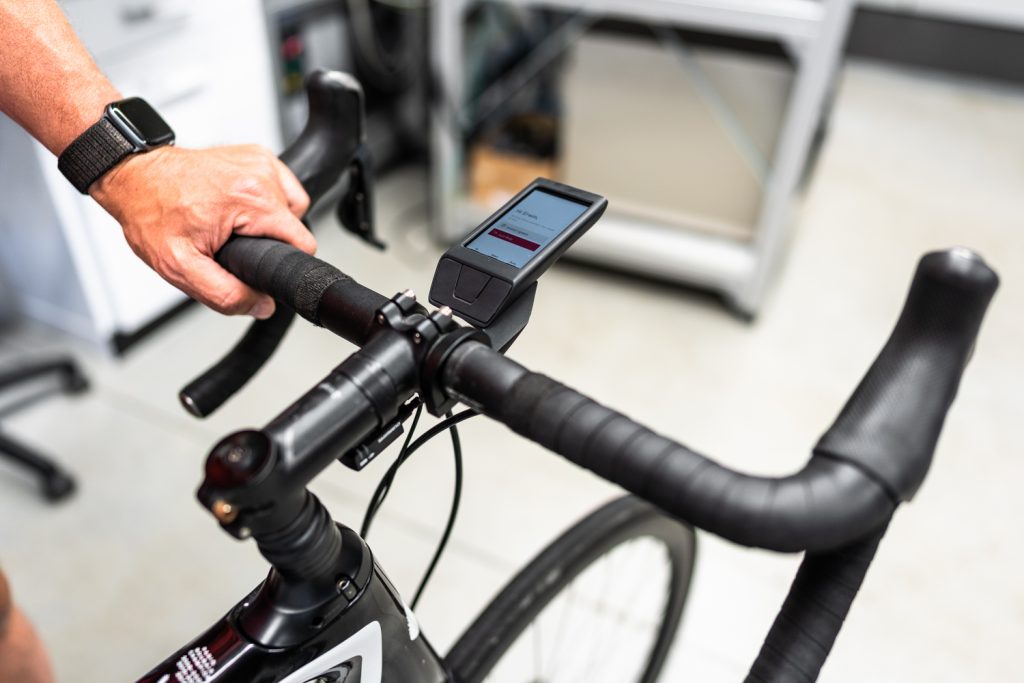 “On technical base, the A-One will give the rider an enhanced accuracy and reliability of location and speed.”

Testing the A-One on different levels

Erwin test the Absolute Cycling One bike computer on various levels. As he is an enthusiast rider himself, he knows what is important for a cyclist. From his professional point of view, he can quickly check if everything is correct or things need to be examined in the lab. Erwin: “On technical base, the A-One will give the rider an enhanced accuracy and reliability of location and speed. It will also work when GPS satellite connection is less stable or on the flanks of a mountain.” 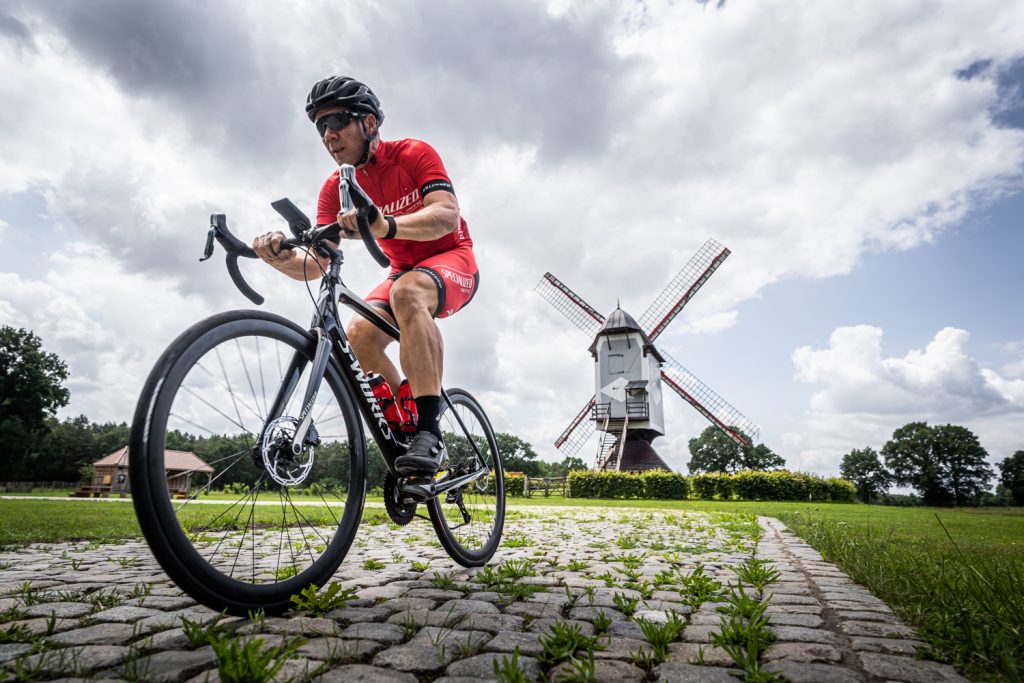 Click here which two ex-pro cyclists test the a-sample of the Absolute Cycling One.