About the Absolute test team

The Absolute Test Team consists of riders like technical engineers, ex-pro cyclists, elite mountain bikers and recreational cyclists to cover a wide range of experiences during the test periods. 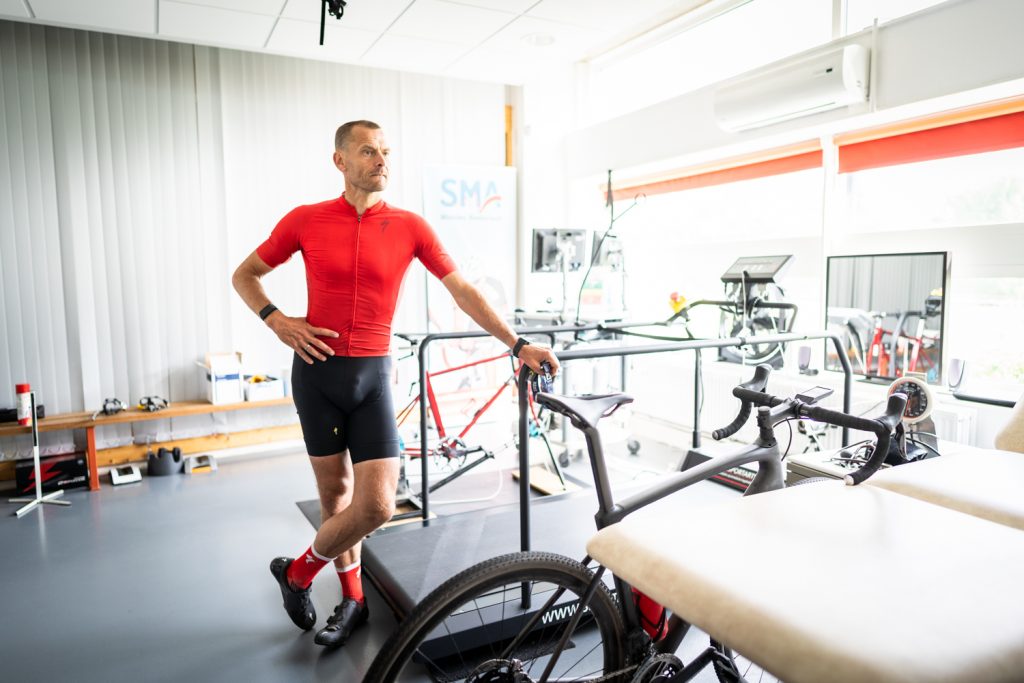 Screen layout from the app and syncing to the head unit has successfully been tested. You can easily add, remove, modify, enable and disable customized metric screens within the app. Juul van Loon, elite mountainbiker: “When I’m in a race, there’s only one metric I want to see: power. There’s no chance to ‘forget’ a screen set-up as you shift between the screens with a single click, even during your ride. I am also amazed by the high resolution screen (800×480 px) and its readability. Even in variable lights in the forest, the backlight adapts and it’s just great to read.”

Test rider Rosa van Doorn: “By personalizing the screen layouts and intensively testing it, I somehow created a personal bond with my A-One.” 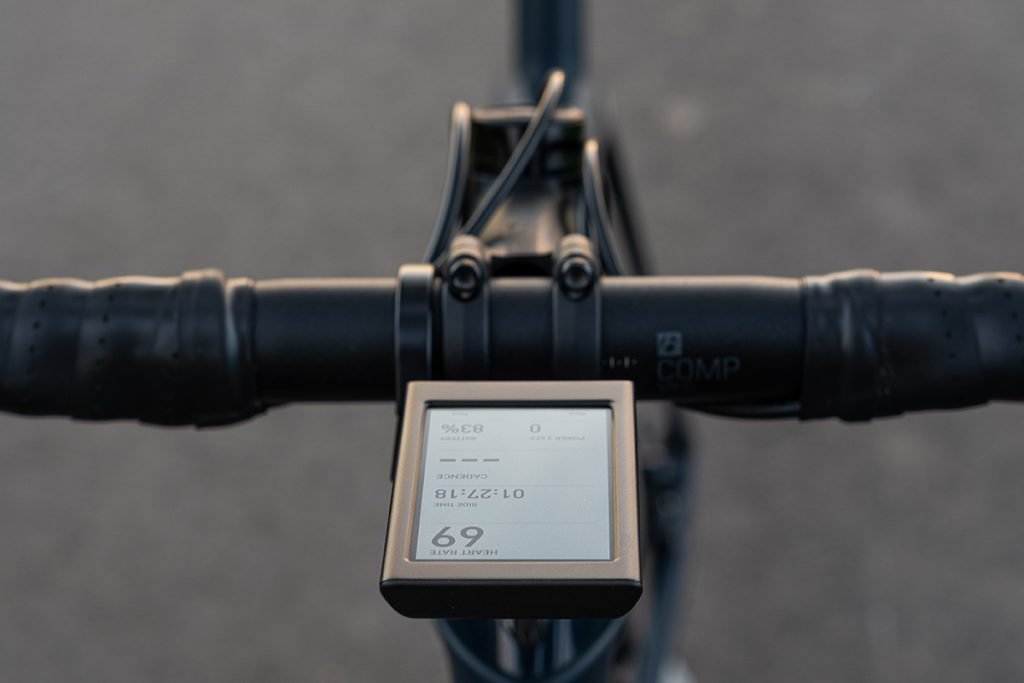 We’ve tested the A-One on several sensors and connections through ANT+ and Bluetooth. In the first stage we encountered bugs like loss of signal and signal issues when using ANT+ and BLE simultaneously. This is something we have been working on and we’re happy to have experts aboard like Guido Vroemen and Erwin Rademakers. Test rider and ‘power expert’ Guido: “During the first tests it seemed that there wasn’t a constant connection between the sensor and the head unit, while I recorded the same ride with a different head unit as well. After an update, it is good to see the progress of the software team and that power registration is working well.”

We are expanding our sensor portfolio by testing and adding specific sensors. We’ve tested the connection with the app, by adding sensors like power sensors, heart rate monitors and cadence sensors through the app to the A-One, which is working smoothly. 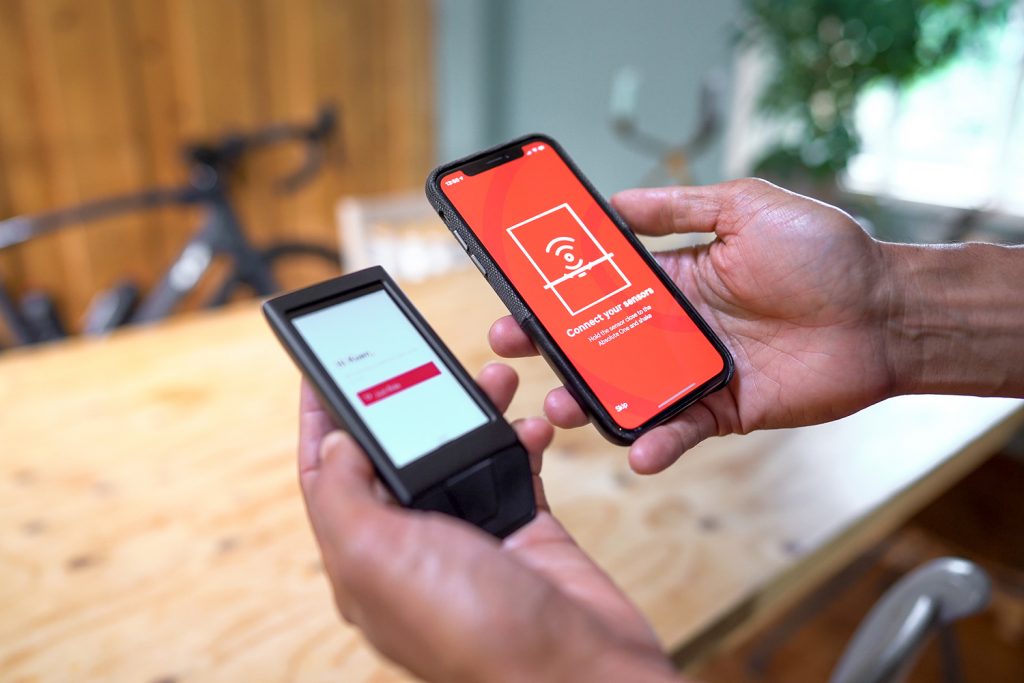 Pairing sensors within the app is done instantly

We know that battery consumption is one of the most important things for cyclists. We have coordinated the wireless charging of the transmitter and receiver. Absolute Cycling’s Harm Giesen: “This summer, with heat waves close to 40 °C (104°F) in the Netherlands, we experienced that the battery didn’t charge properly. The built-in overheat protection caused the charging issue as it was adjusted too sensitive, so we revised the protection to perform in a higher temperature.” We focus on the best possible battery management and test extensively. 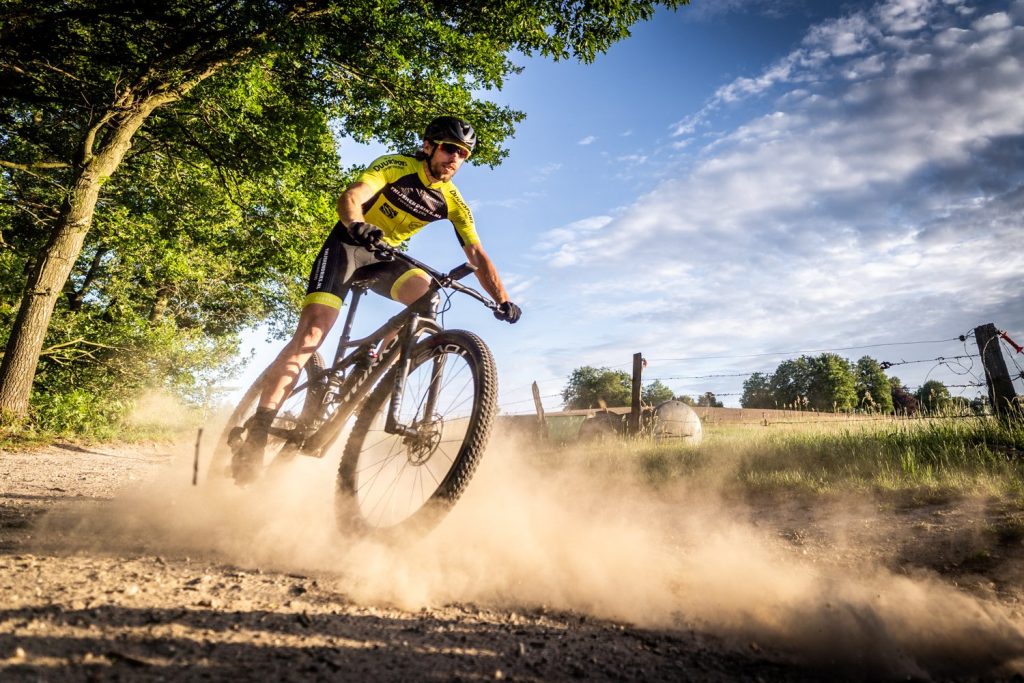 Test rider Juul van Loon testing the Absolute Cycling One during his training.

We have tested the Absolute mount on almost every surface and the results are amazing. We’re sure that this mount takes it all. We received some questions from our followers about compatibility with several handle bars and mounts. Recently we tested the first Absolute Cycling adapter on a Barfly mount. Test duo Stefan & Maurice concluded that the adapter is not optimized for the hard work. Maurice: “Stefan and I were sprinting on a cobbled section with 8 bar in our tubes. Just moments before we attached the Absolute adapter to the Barfly mount, though this one was developed for K-Edge mounts. But hey, if you want something to be tested…, we go! The result was a broken adapter and a flying A-One.”

Test rider Maurice: “Stefan and I were sprinting on a cobbled section with 8 bar in our tubes. The result was a broken adapter and flying A-One.”

So we contacted Barfly which resulted in developing an adapter that fits perfectly in their mount. For K-Edge mounts, we already developed an adapter. Recently we’ve started the development of our own mount for aero handlebars, but more on this later. 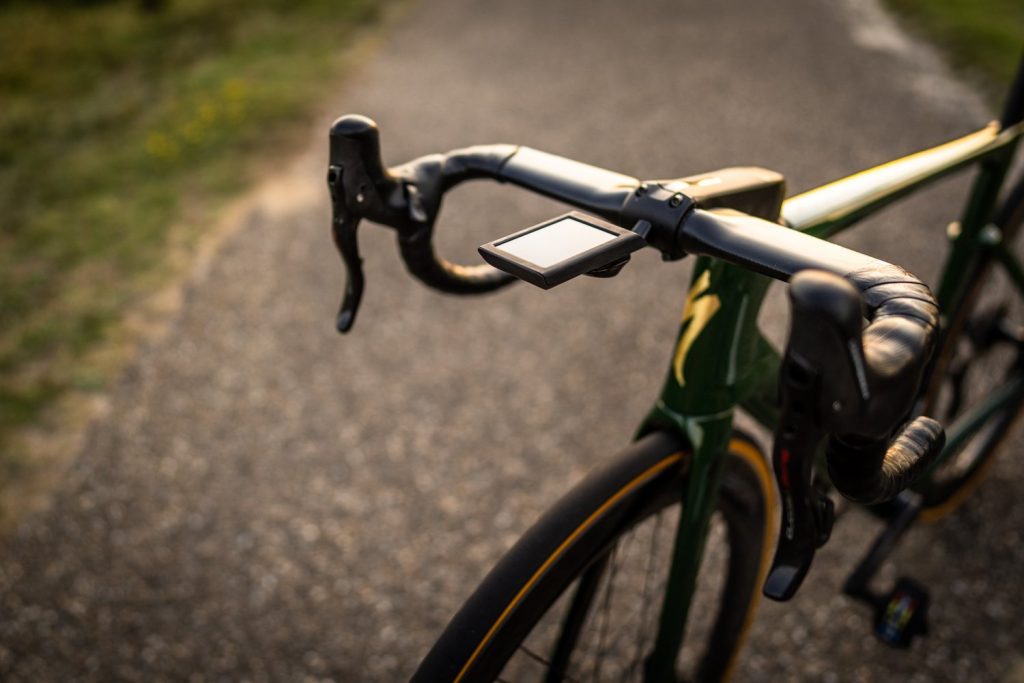 If it’s not on Strava, it didn’t happen! So our test riders test the Strava connection every ride. The Strava integration in the Absolute app works smoothly. And, due to the wifi connection, the rides are perfectly uploaded to Strava just moments after finishing the ride, without opening the app. Store your bike, helmet off and bleep, it’s there on Strava! Join our Strava club to share your rides.

Connecting the app and head unit with a wifi connection is working well. However, we ran into an issue with public networks without password. There was no option to connect in the app. We are going to adjust the app, so that you can link the head unit in any public network and your ride is instantly uploaded. 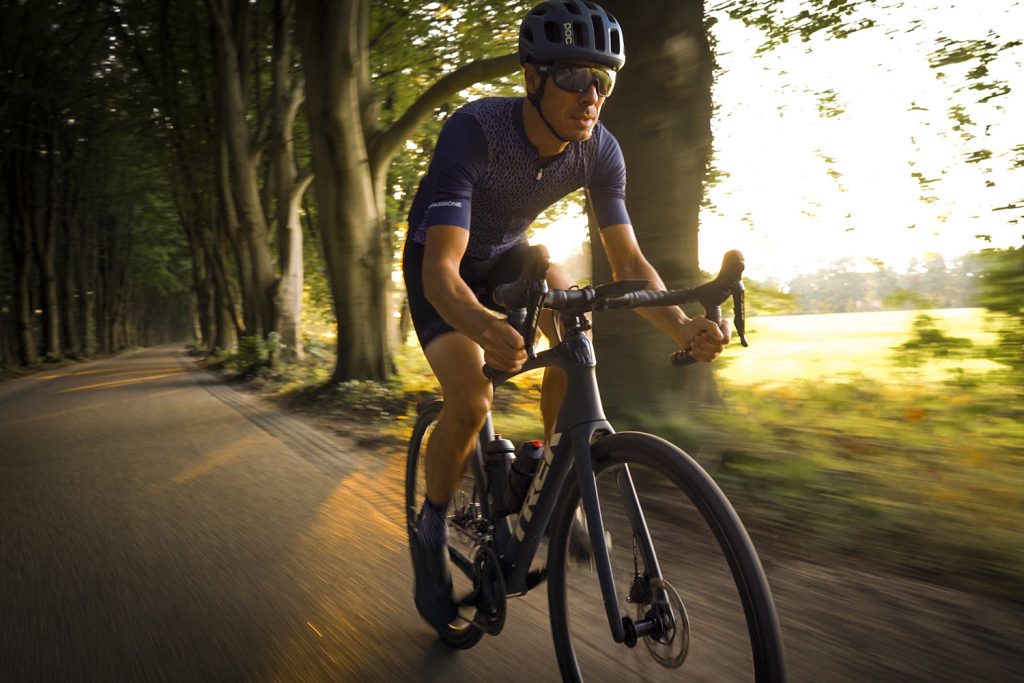 So what is the next step in testing?

We are happy preparing the B-samples ready for the second test phase (expected starting early 2021), although delayed. The differences between the A-sample and B-sample head units are a new GPS receiver, IMU sensor, buzzer and new materials used. This means we can test the A-One with aluminium housing, premium quality plastic components and the brand new antenna as well. Furthermore almost all components are now manufactured in the Netherlands at our original and local partners. We can also test production precision and the premium quality of the components right away. The B-sample test phase will take a couple of months, to make sure the system is fully developed, tested and the bugs are out. As soon as we have a clear view of the timeline, we’ll be most happy to share. In the meantime follow the Absolute social channels to stay up-to-date and sign-up for the newsletter.

Check out the Absolute sneak-peak video below

In between tests, we picked a beautiful Indian summer evening for a video shoot. It gives you that feeling we experience during our rides with the A-One.